There are 6 images tagged with “marble”. 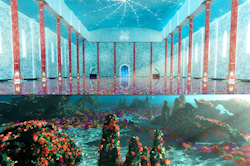 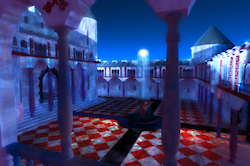 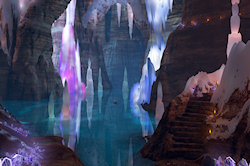 “Immeasurable halls, filled with an everlasting music of water that tinkles into pools. Gems and crystals and veins of precious ore glint in the polished walls; and the light glows through folded marbles, shell-like, translucent as the living hand of Queen Galadriel. There are columns of white and saffron and dawn-rose, fluted and twisted into dreamlike form, they spring up from many-colored floors to meet the glistening pendants of the roof; wings, ropes, curtains fine as frozen clouds; spears, banners, pinnacles of suspended palaces! Still lakes mirror them; a glimmering world looks up from dark pools covered with clear glass.”
—The Lord of the Rings, Book III, Chapter 8 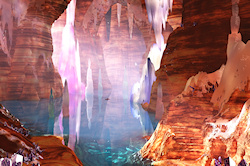 “Immeasurable halls, filled with an everlasting music of water that tinkles into pools. Gems and crystals and veins of precious ore glint in the polished walls; and the light glows through folded marbles, shell-like, translucent as the living hand of Queen Galadriel. There are columns of white and saffron and dawn-rose, fluted and twisted into dreamlike form, they spring up from many-colored floors to meet the glistening pendants of the roof; wings, ropes, curtains fine as frozen clouds; spears, banners, pinnacles of suspended palaces! Still lakes mirror them; a glimmering world looks up from dark pools covered with clear glass.”
— The Lord of the Rings, Book III, Chapter 8

I worked on this picture off and on for several months, and I finally got it where I wanted it. This is my 3D digital artwork, not a photograph. Created in Vue Complete 2014.
March 15, 2016 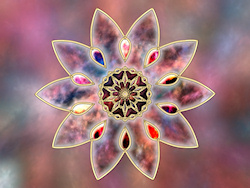 I fed an Apophysis render into Paint Shop Pro, and this is what came out …. I thought the original render looked like some interstellar cloud, but the result looked more like marble. So I combined the two for the title.